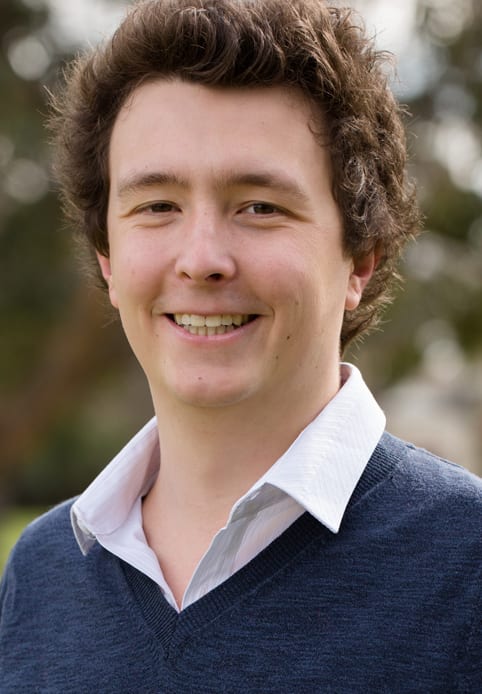 James was told from an early age that he had a great voice for radio. Never sure whether this was a compliment or not, he pursued it nonetheless.

He got his first taste of the industry in 2009 when he became the host of 94.1FMs Sunday Studio Live – interviewing up and coming Australian artists and giving them a chance to showcase their talents live in the studio.

During his 5 years on air, James also completed a Bachelor of Music Theatre at the Victorian College of the Arts.

Since graduating from the VCA in 2011, James has lent his voice to a variety of commercials and eBooks spanning across television, radio and online. Some of these credits include ads for Simonds Homes, the University of Gippsland, Lighthouse foundation, and many more.

As a professional actor, James has a great understanding of the text, as well as the skill and versatility for a wide range of character voices. In 2014 this talent landed him the roles of Danny Dog, Granddad Dog, and Daddy Pig, in the Children’s musical “Peppa Pig Live! Treasure Hunt” – which travelled across Australia, New Zealand, and Asia.

His voice has been described as a ‘chilled Aussie guy’ – not exactly the boy next door…more like his older brother: smarter, hipper, and in control of his world. Whatever the job, James has the range and versatility to give you the unique sound you’re looking for.